Is it possible to ask out a pretty girl you just met, with even a reasonable chance at getting a “yes”?

There are guys out there who ask women out all the time, and get rewarded with more girls, more dates, and more sex in one month than most guys get in a lifetime. And you’ll be just as successful as they are if you simply knew what they know and started doing what they do.

Want to start scoring more dates with more girls? Then let’s get started. 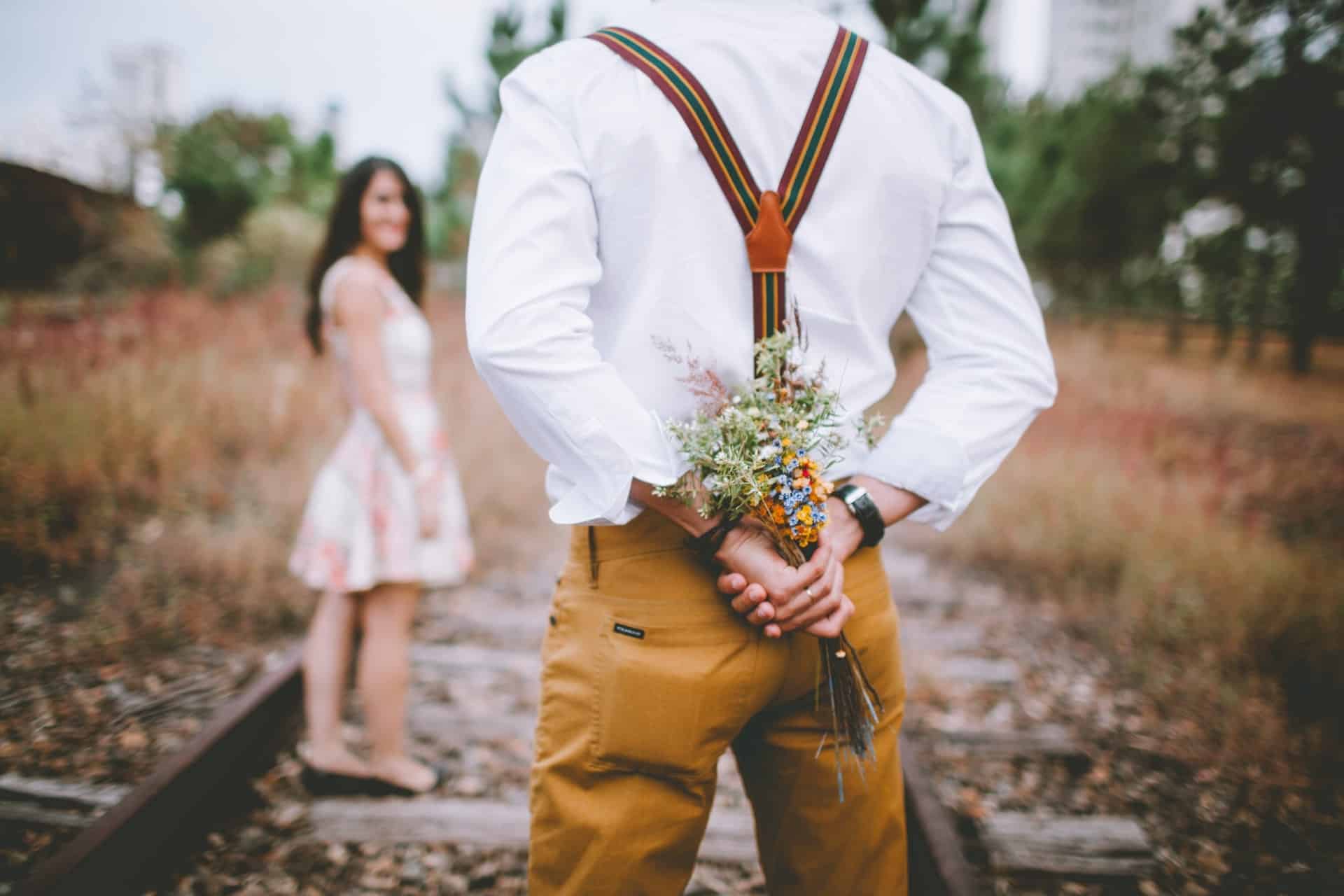 When it comes to asking girls out, you shouldn’t think and act like you’re begging for alms. Most inexperienced guys do that – they think asking girls out is a game of luck, and when a girl says “yes” to them, it’s because they got lucky (or because she felt sorry for them – and that’s worse).

Don’t use that mindset! The dating game isn’t a game of luck, there is no right time to ask – it’s a game of SKILL!

And when it comes to making girls say “yes” to you, you’ll need to work on three particular skills:

Ever watched those old “dating games” on TV, where a “dater” is presented with three potential “dates?” The dater asks each of the contestants a series of questions, and then chooses to go out with the “winner” at the end of the show. We’ve all seen those shows, right?

These dating game shows were hugely popular with women for a time, and scientists aimed to find out why in a 1999 study. In this study, various people watched dating game shows and tried to predict which of the contestants the dater would pick.

To the researchers’ surprise, they found that most of the people’s predictions made were actually accurate – the dater almost always picked the most attractive of the three contestants. [R]

It wasn’t smarts, it wasn’t personality, it wasn’t compatibility – it was looks.

So what does this tell you? It tells you that if you want girls to say “yes” to you more often, you’ll need to be more attractive. That’s the first skill to cultivate – keep it in mind!

Skill #2: Being Open About Yourself

Speaking of “dating games” and the revealing questions asked in them: Do you know why “getting to know you” types of games (like Truth or Dare) are popular at parties?

The answer is simple: These games are enjoyable, non-awkward ways to get to know other people better. And if you’re a reasonably attractive guy at a party, the girls there will likewise be reasonably curious to know you better.

That’s natural, by the way. Ever caught yourself, after chatting with a pretty girl, fantasizing about what it would be like to be her lover? Guess what – girls do that too, when they meet attractive guys. And it’s even likely that girls fantasize about romance and sex even more than guys do!

So if you want her to be curious about her, be open and approachable. Be someone girls can approach and know better anytime they want, without having to hide behind silly games like Truth or Dare.

While you’re chatting with a new girl, it’s important to quickly and subtly find areas of compatibility between you. The easiest way to do this is to zero in on any common interests you share.

A good method of uncovering common interests is to simply tell her about your interesting lifestyle. Leisurely talk about the fun things you do in your life, or something exciting or interesting you recently did. It’s when she finds something about you she can relate to (or at least excites her) that she instantly becomes more likely to say “yes” to you.

Those are the three skills that make it much easier for girls to say “yes” to you. Now let’s talk about how to develop each one.

The Art of Becoming More Attractive

Since fashion trends and tastes vary from one part of the world to the next, you’ll need to check on what’s trendy where you are. For a quick reference, check a recent women’s magazine – the male models they use in the ads should clue you in on what women consider sexy… presentation is important!

On the other hand, becoming more attractive to women over the long-term entails some good, old-fashioned work:

How to Be More Open About Yourself

The fast way to be more open about yourself is to simply NOT try to impress a girl with your lifestyle. Don’t brag or try to make her like you – instead, just tell her fun stories about your past escapades and have laugh about it. Tell her about the exciting things you do in your spare time and if she’s impressed, she’ll let you know.

The long, slow way to become a more open and approachable guy is to simply cultivate a more interesting lifestyle. That means spending much less time in front of the TV, computer, and smartphone… and more time pursuing more interesting and fulfilling hobbies/pastimes.

How to Find Areas of Compatibility More Easily

Whenever a girl meets a reasonably attractive, reasonably interesting guy, the thought is always at the back of her mind: “Will he be a good lover/boyfriend/potential husband?” And so she goes and finds out just how compatible they are together… starting by checking if they have common interests and pastimes.

That’s why it’s a good idea to talk to a girl about your interests, and ask her about hers. It’s a natural but yet creative way of finding common ground between you. The more you have in common, the more she’ll fantasize about dating and/or sleeping with you.

“The more you have in common, the more she’ll fantasize about being with you”

And later on, after you’ve dated for a while, she’ll check if your idea of a committed relationship is the same as hers. Do you want a more open relationship, with each of you doing their own thing outside the home? Or would you prefer a more traditional setup, with more clearly-defined roles and expectations for both of you? [R]

Common Interests You Can Talk About

It should be easy to mention what your true interests are, but deciding which of the many ones to bring up might be a little more challenging that expected (particularly when you want to bring up ones that most likely interest her too).

So we bring to you 4 most common interests both men and women have based on a survey done on 100,000 Australian eHarmony members. The survey looks at what interests both sexes display on their online profiles.

We can see that health & exercise, food, photography and family are the most common interests both sexes have.

These topics are a good starting point to bring up in conversation, as there is a great chance she will be interested in them too. However, they need to be genuine interests, or it will be a matter of time before she realise you have little in common… remember, the idea is not to set her up to reject you, but rather accept you.

Asking Her Out and Making Her Say “Yes”

That’s when you invite her out. “Wow, cool. You know, there’s ANOTHER barbecue party next weekend. You should totally go.”

And when she says “yes” to your invitation, take out your phone and give it to her, saying: “Great. Give me your number so we can coordinate.”

Then you swap numbers, say goodbye, and then see her at the barbecue. That’s it!

And now for the fail-safe…

What if the girl you’re chatting with doesn’t seem interested in you, or says “no” to your invitation?

Simple: Don’t take it personally. There is no need to feel bad.

Thank her for her time, and move on to the next girl.

“Don’t Take THings Personally, because Giving up is the only sure way to fail.”

The key to success with women is to keep approaching and meeting new girls. While many will say “no” to you, others will give you an emphatic “yes” – and those are the girls who make it all worth it!

If you want to get a girlfriend, then one of the best programs on the market that will give you quick results is by Girlfriend Activation System by the Socialman. You’ll learn a proven step by step method to get the girlfriend of your dreams.

Here are some additional resources that might help you ask that special girl out.