I used to be really awkward when it came to girls. (I’m still pretty awkward, but I’m definitely better than I used to be.) Back then, I had my eye on a girl. We’d started out as friends, but the more time I spent with her, the more I found myself thinking

“We would make an incredible couple.”

I thought I had a shot — we had a connection, we made each other laugh, and it seemed like we could tell each other anything. But I couldn’t work up the nerve to tell her, so I just waited, hoping one day she’d figure it out on her own. 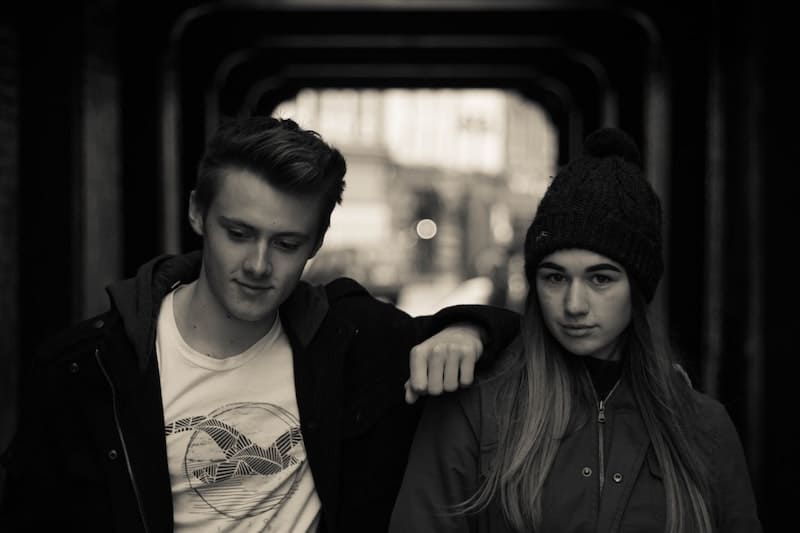 One night, we were getting something to eat. I went to the bathroom, and when I came back, there was a guy standing by our table hitting on her. I walked up and the guy started to apologize and back off, thinking I was her boyfriend, and that’s when she dropped the bomb:

I was crushed. To make matters worse, I had to sit at the table and play the “friend” role while some guy flirted with the girl I liked, right in front of my face. I sat there listening to her giggling at this guy’s dumb jokes, and I remember thinking to myself:

I was in the friend zone.

It was humiliating. I was so hurt and embarrassed by it that I stopped asking her to hang out. I couldn’t pretend to be just friends with her anymore, and I definitely didn’t want to watch her flirt with somebody else again.

Even though I stepped back, I kept holding out hope that she would reach out to me. I had this fantasy that she would text to tell me she missed me and ask what was wrong, and I’d be able to tell her (via text, because I had zero confidence) how I felt about her.

But after a couple of weeks of moping and constantly checking my phone to see if she’d texted (she hadn’t), I figured that was it.

“In my mind it was over”

I swore that I wouldn’t be put in that position again. I didn’t know exactly why she wasn’t interested, but I knew there had to be something. Women always talk about wanting to be with their best friend, so obviously something about me made her think twice. I made a conscious decision to embrace the things about myself that I liked most and improve the things that I didn’t.

I hit the gym (and lost 20 pounds in the process). I learned how to cook and started reading more, doing things that would make me a more well-rounded person (no pun intended). I put more effort into my appearance — after I lost the weight, I had to buy new clothes, so I restocked my wardrobe with nicer clothes that would help me look my best.

I also read up on the psychology of dating — I wanted to learn from my mistakes so I wouldn’t repeat them. And learn I did. Here’s a partial list of the errors I made:

I Was Her Emotional Crutch

I was giving her all the emotional benefits of being in a relationship, but it was a one-way street — she didn’t have to do anything to earn them. I was her emotional placeholder until she could find her dream guy.

I Was Too Nice

By constantly doing things for her, I thought I’d demonstrate my value as a potential boyfriend. But what I called me being a nice guy was actually me being a doormat. [R]
I just bent over backwards to do what she needed, without ever considering what I wanted.

I Let Her Think I Just Wanted To Be Friends

I never made a move. People are naturally resistant to change, so the minute she decided we were just friends, I was screwed. Everything I did from then on didn’t make her think “Maybe he’d be a great boyfriend,” it just strengthened her belief that I was a great friend.

I Was Always Around

No matter what I was doing, I’d drop everything to hang out with her. After a while, she wasn’t excited to see me — I was just the person she’d call when she was bored and wanted company.

I probably made a lot more mistakes, but those were the big ones.

Anyway, I started going out with other friends; when I did, because I was feeling better about myself, I was more confident. And that confidence led to me getting more dates with other girls.

Eventually, through mutual friends, word of the “new me” got back to the girl I liked. Out of the blue, she started texting me again and asking to hang out. I figured she just missed having her buddy around, so I came up with an excuse the first two times. Finally, I gave in.

When I saw her, it was like night and day from what our relationship used to be. She kept saying how great I looked and teasing me about what a “player” I’d become. At some point, I made some dumb joke, and she started giggling. It was exactly how she was giggling the night that guy had flirted with her right in front of me.

We started hanging out more, but I didn’t want to get my hopes up, and I really didn’t want to go through that heartbreak again if it turned out she still wasn’t into me. Plus, why go to all that effort when I was having (moderate) success in the dating pool, you know?

One night, we were hanging out, and she told me she had a confession: “I always felt a strong connection with you, but before, I saw you as a friend or a brother. But something’s changed with you, and I really like it. You’re a gorgeous stallion of a man.” (She didn’t say that last part, but she did kiss me.)

But that’s beside the point.

When I first got tossed into the friend zone, I had zero hope that I’d ever get out of it. I thought I was destined to be the guy friend you see in movies: the one who’s madly in love with the girl, only she doesn’t see it even though he’s right under her nose. I just hoped that eventually, someone would realize it. But once she broke my heart, I knew I had to stop waiting around and hoping good things would happen to me — I had to take control of my life. And even though it didn’t work out with her, I’m happier than ever. And if I can get out of the friend zone, trust me, anybody can.

Want to learn more on taking your relationship past being friends or just interested at looking at our sources? Here they are: