Does it ever occur to you how sometimes, huge insights and breakthroughs come from the smallest, most ordinary everyday observations? There’s a little moment where it “clicks”, and a light flashes on somewhere in your head: it’s an epiphany!

Let me tell you about an epiphany that I had: this is how, almost by pure chance, I discovered how to approach a girl in the street by just walking up to her and saying one simple line.

One evening, I was supposed to meet a friend for a concert, and I wasn’t exactly sure how to find the concert hall. To find it, I did what I had always done in the past: I stopped people and asked them for directions. Only that evening, I was testing out different ways to approach people that are busy walking on the street and I was debating which ways were the best. That’s when I discovered that the easiest way was actually the best way.

Stopping anybody in the streets

Have you ever asked somebody for directions? Or the time? Or about a good restaurant, because you were a stranger in town? Of course you have. Now, think about that for just a minute. What do you do when you approach strangers? What do you say first? 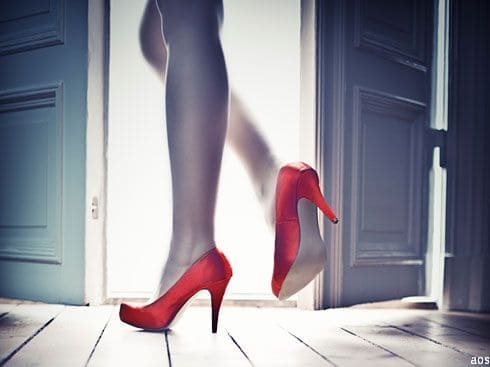 I’ll bet you walk up unobtrusively, display a comfortable smile (I know I do – if you don’t, man, get friendly to strangers), and you say with a warm, friendly intonation – wait for it:

Am I right? Now, picture the scene. How is a person likely to react to these two words? Do we agree that in nine out of ten cases, they’re going to stop and look at you? Yeah, you bet. There. This is your moment. Yes, you can use these simple two words to stop any woman in the streets and immediately get her attention.

I know I did that evening. Not many people knew where the concert hall was, so I had to approach quite a few by saying “excuse me”. They all stopped, even immediately smiled back at me! Instant friendliness.

Now there are some people who say you should never apologize for talking to them… but I disagree. You are stopping someone that’s currently busy, so saying “excuse me” is a perfectly acceptable way to start the conversation. Obviously, it’s what you say after that matters!

“Excuse me”: A window of opportunity

Now, the magic about this is that from the first “Excuse me”, you can go anywhere. There is that little window of nothingness where your partner anticipates what’s coming next. Now get this: anything you say next will be just as valid and plausible as “Do you know where the bathroom is?”

Then why not move into a conversation from there? “Hey, you’re really friendly, are you from around here?”, or “I am on my way to work, but I had to stop and say hi. My name is John”.

The Secret Is In The Delivery

Now, even with a solid and simple first line like “excuse me”, you will have to deliver whatever you follow up with in the right way. Mind you, this topic should take another two to three articles, but let me give you some pointers so you can go out right now and use this:

The voice intonation that you use when you say “excuse me” will convey MORE than the words themselves. For instance, if you say it as a question with a high pitch voice, then you’ll come across as shy and timid. The correct way to say it is with a calm, authoritative and manly voice. This little intonation change will result in a successful approach.

So there we go: here’s how to approach a woman in the street, spelled out and broken down for you to go out tonight and try. The only caveat with this method is that you MUST immediately follow up by signaling some sort of interest. Otherwise, she’ll just assume you were asking her a question and had no interest in her.