Do you know how the most successful TV soaps capture their audiences’ attention and keep them coming back? They set up unresolved mysteries that leave you hanging, wondering what’s going to happen next. It’s a simple, but immensely powerful technique: whenever a plot thread is resolved, another one has already been set up which will keep you, the viewer, tuning in for every new episode. It gets you hooked.

You can use this technique in your own life, too – for talking to women. Once you learn what gets a woman’s attention, you’re likely keep her engaged all the way until you resolve it, and in the meantime, you get to do (almost) whatever you want. In this article, I’ll walk you through an example interaction.

Step 1: Set up the mystery

It can be a game with an unknown outcome, or a bet, or a piece of “exclusive” info you have about her personality, but which you’re not going to give her right away. For instance, after the interaction has been started you can randomly tell her that you’ve been reading up on palm reading and tell her to show you her hands (Don’t ask her if it’s alright… just say: “Show me your hands”) 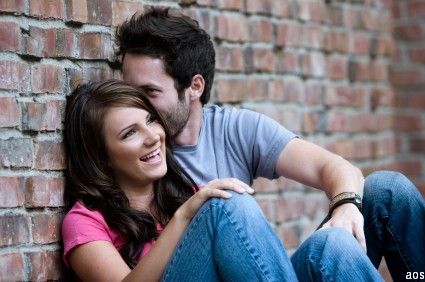 From there, you can give out a proper palm read (it helps if you know how to do it) and finally, when you get to the end say… “Uh oh!”
She’ll say: “What??!”
You: “Umm, I don’t think I can tell you right now, I’ll tell you later when we know each other better”

This is a playful and fun way of really grabbing someone’s attention. Although I don’t necessarily advise people use palm reads, the idea is to have someone wanting to know the other part of the story.

A little warning, this will drive them crazy at first! They might not let up… “Nooo, tell me NOW!!”

Ultimately, when this happens you have to keep your frame and YOU decide when to tell them. Remember, you’ll eventually have to tell them so you best have something that you noticed about them that you haven’t told them yet.

As a guy, it’s your job to keep the suspense up, to lead the interaction and to make sure that you’re both having fun. If you go out and tell them everything immediately, the tension will be lost… so stretch it out for a little. Tell them a little at the beginning and save the rest for later. They’ll be happy you did!

Now you’re on. When you really want to capture a woman’s attention, you need to make her want you to tell her things. The trick to this is to gather up pertinent pieces of information about her that you can use later on. Remember, the more you know about a woman, the more you can use this to your advantage. That’s why it’s so important to listen when they talk! If during the conversation, she mentions that she’s from Toronto… then you can say that there’s something that all Toronto girls have in common…. and then just leave it at that!

Don’t tell her right away, it will drive her crazy.

Eventually however, you’ll have to resolve the mystery that you have set up. How you resolve your stories will be up to you, but remember that when you do, you should be honest and it should feel as if it’s resolved. There’s nothing worse than wondering “what the other person is thinking” only to find that they weren’t actually thinking anything. You’d feel robbed and cheated, so make sure you have something when you originally delay the information!

It can be a little cheesy and that works, for example when you’re reading her palm but don’t want to tell her the last one. You can tell her that you had an intense feeling that you’d be kissing later on when you read her palm… but you couldn’t tell her when you were doing the reading.

All in all, the more playful you are, the better.

Create whatever kind of tension you can! During your interactions, you usually have ample opportunity to study her body language and look at her closely. You may have found a particular piece of jewelry she wears, or a tiny scar she has, or a tattoo, or that she dyes her hair (the color of her eyebrows could give that away, or the fact that near the roots, her hair has its natural color). Use everything you notice to your advantage!

It’s your call where you go after you capture a girl’s attention. You’ve set up a powerful framework for an exciting conversation, and if you follow the same method that TV soaps do, you can set up more mysteries while previous ones are unsolved, and keep things fresh and exciting. Mysteries can be about yourself or what you pretend to have figured out about her, but be sure to use them more sparingly as the conversation progresses: while a mystery is a great way of getting attention, putting on a show will not help you keep it. Move on to authenticity and, ultimately, a more intimate and sexual vibe.