Once you get fairly good at opening women and talking to them, you may start wondering why things aren’t moving forward. I certainly remember those days when I was able to talk to anybody, establish a social vibe and make great friends. What I couldn’t do was escalate sexually – sometimes I would instinctively get it right, but I never knew consciously what happened.

The dilemma: unless you know how to escalate an interaction and move the relationship to the next level, you’re likely to stay in the “friends” zone with girls that you could otherwise have a sexy time with. To shed some light on this mystery, let me introduce you to the concept of “push and pull”.

“Push and Pull” is a subtle game of moving forward and holding back in an interaction. The idea is that man and woman either pull each other in – towards a more intimate interaction – or push another away, hence breaking the escalation. You never want to do just one of these two: if you constantly try to pull her in, she’s going to run, but if you just push her away, well, then… You’re pushing her away, what can I say. 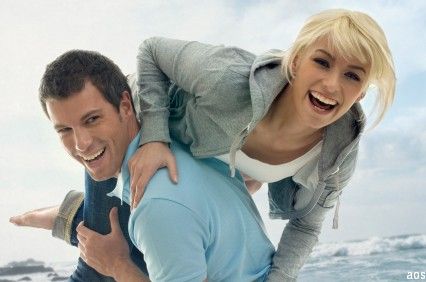 It’s about action and reaction. When she says or does something you like, you pull her in as a reward. Example: “I love girls that cook! Come here” – and you give her a hug. When you don’t like what she does, you “punish” her behavior by pushing her away: “I don’t want a snooty girl” – turn away or push her at the shoulder. If used right, these two can make for great teasing – for instance, if you’re already making out, you can break the process (i.e. “push”) and thus make it more exciting.

Two steps forward, one step back

Now it gets interesting: all this is highly dynamic, as both parties will push and pull, and you have to adapt to the situation. The push/pull dynamic applies from the very first moments you interact with a girl all the way up to sleeping with her. You give her a taste of something you have, then you withdraw it – she’s going to want it more, and she’ll put in some effort to get it, then you respond to that effort, escalate a bit, then push away again, see what she does. Once you get a hang of this, take it a step further: don’t push or pull full-force all the time, adjust to the levels of her actions. She might pull you in at first, and you respond in the same manner. Then she pulls some more, and you escalate on that – but then she pushes. What are you gonna do? Keep pulling? Don’t take the entire arm when she’s offering you her finger – she’ll push more because you’ll appear needy and clingy! Push back instead to maintain the tension.

Practice looking out for cues: does she offer you something? Is she sending out an invitation? She could show her interest by asking questions, smiling, squeezing your hand. She is “pulling you in”. Your response should be positive: you reciprocate, and enhance your next action a bit in relation to hers. Also, don’t be random about the whole thing. You want to keep going both back and forth, obviously with an emphasis on forth, but develop some system to it. If you keep David DeAngelo’s rule of “two steps forward, one step back” in mind, you’re on the right track.

Recognize where you are in the interaction. You don’t want to introduce elements too soon that would only make sense at a much later point, but you don’t want to miss opportunities either. Of course, all your fine-tuning is only possible by practicing, and then practicing some more. Don’t expect to be a master at push/pull just because you read an article about it – but go out and try it, and sooner than you think, you will feel hands-on results (yes, hands-on).

Of course, the MAJOR rule for all of this is: be playful and positive. Just because “pushing” is involved doesn’t mean you should flat-out reject her. It’s more about showing that you have goodies to give, but they don’t come for free. Tease, play, and escalate smoothly. With time, you’ll get an idea of what escalates an interaction – you’ll fall on your butt, but hey, that’s how we learn. Be thankful for the times you crash and burn! With patience and practice, you’ll move from “friend” to “seducer”, and the latter is a much nicer position to be in.