If you’re trying to learn about women, then one of the absolute worse things you can do is pick up a popular magazine and read the dating articles in them. When I say dating, I mean that very loosely because you’d be better off listening to your little sister in most cases. She probably knows more about dating and attracting women than some of the authors of these popular magazines do.

Well my theory is that they hire writers right out of college based on writing skills. That’s great and it will sure make your article sound nice, but the knowledge they are teaching the world won’t hold up for a second in real life.

So let’s have some fun and dissect one of these articles. 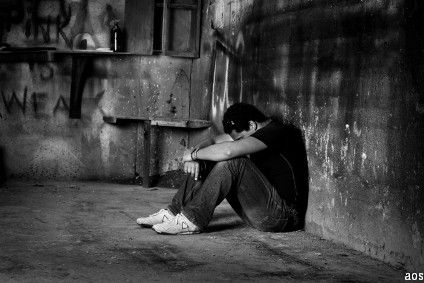 Today’s article is titled Build Momentum in A Conversation by Andrew Moore for Askmen.

First the author receives a question:

I was recently at a restaurant in San Marcos, Texas, and I struck up a conversation with a cute waitress. I asked her about the music they were playing in the restaurant. I liked the song, so I asked her if she knew what it was called. She said it was satellite radio, so she didn’t know. I then made the comment that they often play really cool tunes at this restaurant, but then the conversation grew stagnant. What else should I have said?”

His first major tip to “get the conversational ball rolling” is to find common ground.

“When starting a conversation, your first objective is to find some common ground. Let’s continue with his waitress example. Did she come to your table humming your favorite song? Do you both have tattoos? Are you both left-handed? Do you have anything in common? Start with that. Alternatively, manufacture some common ground. A good trick with waitresses is to ask her what her favorite thing on the menu is, then order it. Now you’ve got something in common.”

Really? Is that the best piece of advice you can give to start a conversation?

Mistakes when starting the conversation

Finding common ground might SOUND like a good idea but it’s actually one of the worse things you can possibly make. In fact, it’s probably THE biggest mistake that most guys make and this author is suggesting that you should do it to start a conversation!

Why is this a mistake? Well because it forces you to start fishing for conversation topics. It turns the entire interaction into a boring interview that will ultimately lead to comfort instead of attraction.

You know what this does? It leads to being friends. And not the good friends either, it leads to the the “let’s just be friends” that the girl tells you because there was never any attraction.

The LAST thing you should be doing when you are starting a conversation is to try to find a common point because:

a) It’s extremely unlikely you’ll find something substantial right away
b) It demonstrates lower value
c) Even if you do, who cares?! If we both like the same song, it doesn’t mean I like you anymore than before.

Instead, when you’re starting a conversation, you should be concentrating on building curiosity, attraction and tension right from the start. Curiosity is what keeps the conversation going, not having the same barbie doll in common.

Get her talking about herself? Say it ain’t so!

The second piece of advice the author suggests is to get her talking about herself.

“One of the first steps to build momentum in a conversation, then, is to get her talking about herself. Say you’ve noticed a girl has a tattoo. You could ask her where she got it done. How long did it take? Did it hurt? Why did she choose to get a tattoo of a butterfly/Celtic cross/Chinese symbol? These kinds of questions aren’t aggressive and they’re easy to answer…”

One again, this piece of advice is very misleading and will lead most guys to fail with women!

And what do these questions accomplish anyways?

That’s the problem with these generic authors, they think that if you’re talking to a girl, then you’re doing great! Even though those suggestions might provide a conversation, the conversation will lead to no where! You’ll talk for a good 5 minutes until she says: “Ok, well I have to go now”

Because no attraction was built.

The worse for the end!

Easy questions?! Like the generic, boring and mindless questions that everyone asks?
Don’t do it. It’s a trap!

Seriously… asking easy questions is the fastest way to lose interest in a conversation and have the girl walk away because she’s bored. Instead, if you’re going to ask a question, make it original and make it hard. Ask questions that make you think, have involve moral dilemmas and when she answers, you’ll see a side of her personality. Ultimately that’s what you want to discover… her personality.

The typical: “Who lies more, men or women?” might be an overused question in the seduction community, but it’s a great example of a question that gets her talking about what she thinks about men and women. By the way, what they don’t tell you is that after she gives you her answers, she’ll always ask: “Why are you asking this? Did some girl lie to you?” So have a response lined up!

The author then continues with his only good piece of advice in the entire article which is:

“Ask questions she’ll have to think about, nothing she can dismiss with a one-word answer. “

Yes! Finally, I knew the odds of having a completely wrong article were low. As he says, you should ask open ended questions and avoid asking things that are easily answered by yes or no. However, if the girl is interested in you, it won’t matter because she’ll likely elaborate.

So is this article turning around? Does it have any hope of actually giving any good advice? No!
The next suggestion is probably the worse one you can POSSIBLY make and it’s pretty much the OPPOSITE of what men should do when talking to women.

“Also, stay away from questions that might be construed as judgmental. Even asking her what kind of music she likes could make her anxious”

Are you serious? The whole point of the conversation is to figure out if you like her or not! Asking “judgmental questions” is called qualifying and it’s what you should naturally if you’re interested in the girl. Unless you’re scared of course… in which case you’re probably not going to succeed with the girl.

When you’re talking to a woman, you should be trying to figure out if you like her or not by asking questions that allow the girl to share a part of herself with you. Questions aren’t offensive, it’s how you react when they answer that is.

If for example, you ask her what type of music she likes (as suggested in the article) and she answers that she likes Britney, then it’s your reaction (and not the question) to her answer that will dictate how the interaction goes.

In that situation, I’d answer: “Uh oh! Are you one of those Britney fanatics? I bet you have posters all over your room and you sing “Oops I did it again” all the time” and then I’d tease her on that. The trick is not to insult someone’s taste, but rather accept them and their lifestyle.

Finally, the last tip provided by the article is to provoke questions by

“dropping hints about your travels and life experience”.

That’s not bad advice, but it is quite vague.

When you’re speaking to girls, you’ll want to have stories about your life that you’re ready to tell when the time is right. In these stories, you can either make yourself look good or bad… but since the point is to build attraction, let’s make you look good by demonstrating higher value.

Traveling is an example of higher value because it means that you have seen the world and therefore you are cultured, adventurous and probably fun to be around. Demonstrating higher value is attractive and consequently, she’ll want to know more about you because of this. That’s why she’ll ask questions about where you’ve been.. and not just because you mentioned a random hint about your life.

So there we have it, probably one of the worse articles ever written on the subject of talking to women. I feel bad for the guys that read that and then go try it out in the real world only to find themselves with dead end conversations that lead to being ignored or worse, just being friends.