If you’re here, then I’m going to assume that you’re determined to learn how to pick up women. I’ll tell you right away, the fastest way to learn is to hang out with guys that are already successful at attracting women on a consistent basis.

Assuming you don’t have any of these friends around you, let’s move on to the second fastest method to learn, practice.

Mastering the concepts that will help you pick up women

There are a few concepts that you should master in order to successfully engage and “pick up” a woman. First, I don’t really like that the term pickup, because it automatically puts the guy in a situation where he’s chasing the woman. Now this might often be true, but ideally, you don’t want to come off as a guy who’s hunting for women. For reference, we have an article on how to get a girl to chase you.

The correct attitude to have

The right attitude to adopt when you’re going to is to think of it as a mutual selection process. You’re going to go talk to her to simply find out if you would like to know more of her. Likewise, she’s going to assess if she wants to know more of you or not. Kind of like when you go shopping for a car, you need to investigate, ask questions before committing to a certain choice. 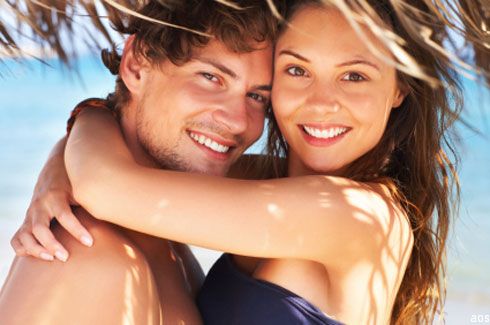 That way, when you do make a choice (ask her number, kiss her, etc), it will seem natural and logical. The problem with most guys is that they see an attractive woman, decide RIGHT in an instant that they want to sleep with her, and then go to talk to her caring about nothing else but getting her into bed.

From the woman’s perspective… a random guy approaches you and you KNOW he’ll say anything to please you and will likely DO anything you ask him as well. Immediately, for no reason, she has complete power of a man who’s throwing himself at her.

Don’t throw yourself at her.

Instead, ask her interesting questions that she won’t hear every day, tease her whenever she answers wrong ( according to your standards ) and try to see if she fits your mold of the ideal woman. She might not even know it, but she’ll be doing the same to you!

So let’s break this down into simple steps

1) Figure out what you want in a woman (preparation)
2) Approach a woman, say something interesting / captivating / entertaining.
3) Referring to Step 1, speak about topics that will allow you to know more about her while telling herself about you.

For example, if in Step 1, you realized that you wanted an adventurous girl in your life, then in Step 3, you could mention a story where you did something adventurous yourself… from that, see how she reacts. That’s normal conversation! When you supplement light conversation with smiles, teasing and light touching (kino), it becomes flirting. Reference: how to make every conversation memorable

To recap, the absolute best way to learn about picking up women is to hang out with guys that are good at it already. If you don’t have this luxury, then the next best thing will be to practice alone. The best book I can recommend on picking up women would be one written by David D.

He’s one of the guru’s on the subject and probably the best starting point for someone that really wants to learn how to pick up women.