There is nothing more intimate than the human touch. In truth, we are just like dogs and cats – we love to be petted and caressed. However, there is a certain skill to knowing when and where to touch a woman, and this skill could be the difference between being the naturally sexy guy and the creepy, pushy guy. Here are some tips on how to use kino effectively. (Kino is short for kinaesthetics which is the ability to feel movements and touch) 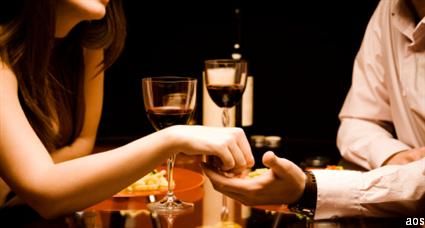 You can group the different types of kino into three major groups – minor, medium and major kino. Each one is used at a different time in the interaction but one of the most important things you should know is that you should always be touching. You need to allow a woman to become familiar to your touch if you are to have any hope to get anywhere with her. The three stages of touch are used linearly but you will constantly find yourself going back to the previous stages to make your woman more comfortable with you.

Minor kino is very basic, almost unconscious touching that will get a woman used to your touch. Imagine meeting a woman and not touching her for the entire night before going in for the kiss. It would seem almost out of the blue and the woman would feel awkward and out of place. Hopefully you can see the importance of building up her familiarity to your touch. Minor kino is the very basic, most socially acceptable form of touch. Things like a tap on the shoulder, a handshake or a high five are all examples of minor kino. A woman will feel no social pressure in these acts and will therefore reciprocate accordingly, getting her already used to your touch.

How to touch – Start with minor kino:

The next level of touch would be medium kino. This is more oriented to showing interest and intimacy with a girl. After building up with a lot of minor kino, you can escalate to doing things like frontal hugs, games of thumb war and holding hands. Anything that can be considered something that “close friends” would do is considered medium kino and with practice, you can start using it mere hours after you meet a girl. It gives you the opportunity to actively show interest in a girl and is also a good gauge to see just how comfortable she is with you. If she flinches or pulls away at any time, it’s a good idea to do some more light touches as well as strengthen the connection the two of you share.

Once you are both more comfortable with each other, move onto medium kino:

The last level is Major kino. This is the physical contact that is often used by intimate couples and as such it can evoke a powerful emotional response from your woman. It is often used sparingly and when you’re ready to take things to a new level. Examples would be stroking the face, touching the lips, long, intimate hugs and of course, kissing. Anything that one might do while in a relationship or as a couple can be considered major kino. To do any of these without building up to it with minor or medium kino will simply make you look like a creepy stranger, no matter what else is going on, but by applying the previous two steps liberally, it is possible to transition very easily.

Don’t ever attempt major kino without first building through the other levels of touch. This includes:
– Stroking the face
– Stroking the hair
– Touching the lips, hips
– Hugging
– Kissing

As you may have gathered, moving up through the different stages of kino takes courage. At any stage, you risk rejection and being labeled a creep, yet don’t give up. If major kino is badly received, go back to medium or minor kino and make her more receptive to your touch. If medium kino is pulled away from, you probably didn’t give enough minor kino for her to be comfortable with you just yet. With practice, using your abilities to touch will be a potent weapon in your pickup arsenal and definitely one that can help you create strong, intimate connections with the women of your choice.