Most women would readily agree, they really dig that they don’t have to be the one approaching men. That said, just because it can be intimidating and downright scary, depending on your mood, once you conquer this, learn the techniques that will work for the kind of girl you want to attract, doing this regularly can actually fill up your mojo reservoirs like nothing else. In fact, this is one arena in which the man dominates, across the board, hands down, no quibble.

Okay, so yeah, it can be annoying that the man bears the burden, the converse is also true. The man also has the power and the control, so grab it, harness it, enjoy it. Be the alpha male that you are and bask in the position. 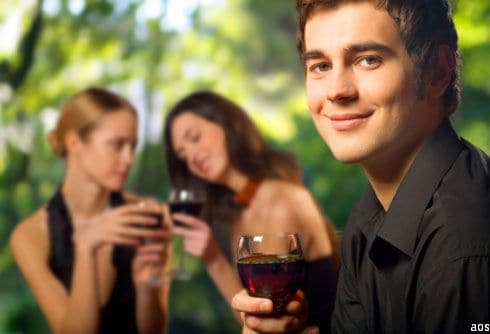 One of the most important considerations when approaching a woman is your state of mind. This is very key and not just mumbo jumbo about feeling good. A woman has sonar, sixth sense, intuition, you can choose the language you like best but we all know what it means. A woman is just wired to be highly intuitive. It probably has something to do with her care giving role and the biological wiring she has built in to help her assess the condition of those she cares for. People aren’t always so refined at communicating what they are thinking so I tend to believe that women have been wired to read non-verbal signals with a highly refined sensor. Women….most….know how to assess the energy and emotional field around a person without the slightest effort. It comes naturally to them.

Why does this matter?

Because when you’re approaching a woman you need to think about the energy field around you. How you feel about yourself, your work, your body, your psyche, is all going to be bottled up in this energy field and while a woman can’t probably articulate it, she more than likely can feel almost instantly how a man feels about himself. How a man feels about himself is communicated non-verbally pretty readily to an intuitive woman and she’s going to take her cue from you. So, if you want her to dig you, you better be digging yourself. We talk extensively about this in how to make a girl fall in love with you.

You need to be happy with yourself in general, and if you’re having a bad day, you need to do some self coaching before you make your move, if you do at all. I think it’s rare for a man who isn’t feeling his mojo very strongly to be approaching a woman, but I’ll get to that later.

Women like being approached, let’s face it. No, the reality is, they love it. How can it not be nice? When someone approaches you they are silently saying…they find you interesting, they want to know more, they are intrigued, you’re attractive. How is that ever a bad thing? Even if you aren’t sure if you are into the guy, you sure like being liked, appreciated and hell, if someone thinks you’re pretty, all the better.

Women want three things out of the deal:

Let’s talk about taking the lead

This ties right into confidence. Taking the lead means being a gentle leader, she will follow, she wants to and she knows how. She just needs you to gently lead. Tell her things like, “let’s go sit her and talk”, or “why don’t we do (fill in blank)”. If she really doesn’t want to, she’ll say something to that effect or she’ll stumble around and it will be obvious. But honestly, if she’s into finding out about you, she’ll more than gladly do the following to your lead so that you guys can talk and learn about each other. At that point in time, she really does not care what you do, she just wants to learn about you and find out if she’s interested in you too.

What happens if you don’t take the lead?

You find yourself in a situation where you have two people nervously twitching and not knowing what to do next. Not good. Don’t let that happen.

Finally let’s hit up being natural.

Women like guys who are real with the silliness, the verbal stumbling, the momentary (not long but momentary) silence, the realness that everyone has. It’s honestly cute as hell and she’ll actually feel herself softening if a few things stumble along the way. She doesn’t need you to be perfect, that can really seem fake, or like he’s too much of a player, so in fact, not only should you not be perfect because you can’t but because it’s less effective than being real. So embrace this real you and just let it rip, the more you do this the more effortless it’s going to be.

Confident, a gentle but firm leader and natural. Even though this isn’t going to bring you 100% success with every girl, you’re going to get the girl who is going to dig you and that is going to be hot. A man and a woman in sync is the hottest vibrational energy that there is. It’s electric and super charged and morphs right into sexual fire which is where I think we all want to be headed….