I was getting my hand luggage checked at the airport when I overheard two staff members chatting: the first guy had just gotten married. The second one was happy for his colleague, but told him that marriage – no, that was not his thing. I jumped in, congratulating the first guy and picking up the second guy’s thread: “You’re not into marriage?”

He confirmed: “I don’t want that kind of commitment”. I looked at both of them as I picked up my bags: “Well, marriage is an institution, right? What really counts, though, is love.” Their faces lit up, and they gave me a big grin as I wished them a good day and wandered off.

I see people trying to grasp attraction, love, sexuality with their intellect… And I wonder where we strayed from the simple truths of emotion. 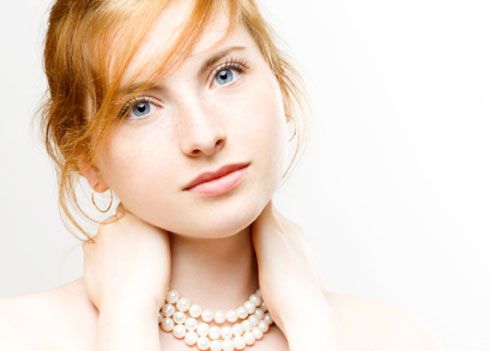 The newlywed and his lovely wife had made a conscious and reasonable decision about their relationship: they agreed to seal their love with the institution of marriage. A perfectly wise decision if that’s your desire. The other fellow was less inclined to sacrifice his freedom and opportunities – another stance, surely equally well-deliberated. Yet, they both agreed when I brought up love: the prime motivator! It put a big smile on their faces.

Thanks to our incredibly advanced brains, we humans are the only animal on the planet that can invent an abstract thing like marriage and bind an emotion such as love to logical decisions. Does that detach us from the primal, natural instincts we possess as human beings?

No. All the intellect in the world won’t get get you laid.

(Sex) appeal to the heart and soul

Even more than men, women’s experience of life is rooted in emotions, not rationale. Ever had an argument with one? You may end up as the logical winner, but ultimately, you will lose the battle with even the best of arguments. How do you turn the tables? Change your tune (or rather – get one): don’t speak in the language of the brain, but the music of the heart. Once you learn to communicate in emotions, you’ll find that language, all constructs of thought, all reasoning becomes obsolete. A smile or a frown have the same meaning across all languages, cultures, nations on the planet, and sexual attraction works in the same way no matter what.

And for you, the more you think about it, the less likely you’re going to get anywhere with the other sex.

This is why you want to shut off your brain when talking to a woman, and start listening to her “music”, and yours: the way you (two) feel at any given moment, the way an emotional bond forms, the way your own emotions escalate and how you can carry her away in the process. That’s when it stops being a conversation, and becomes a dance, with all its shifts and intricacies, its peaks, moves, ups and downs, excitement and relaxation.

Even your best opening will involve a sensation – something she can immediately relate to. Think of any sensual experience – it doesn’t have to be anything extraordinary. It can just be the weather! Just remember this one thing:

Base your expression on emotions, and play them like instruments

Marriage: I see it as a reasonable attempt to institutionalize the natural attraction between the sexes, in order to provide a stable, safe environment for families to blossom. Reality only follows the ideal in so many cases, and monogamy – as traditionally required – may or may not be considered natural. But shift your focus away from logic, and all these ruminations lose their value: the emotion of love was where it all made sense to the newly-married security guard. Emotions come in. Reason dissolves.