Girls have many physical and emotional needs that are well covered by just about every single article on dating, so we won’t go there. Instead, we’ll concentrate on the one thing that girls universally want: Excitement!

Yes, it’s true. Most girls (and guys for that matter) are completely bored out of their minds! Every day, the same mindless routine. You wake up, go to school/work, watch TV, talk with friends and go to sleep. Repeat! 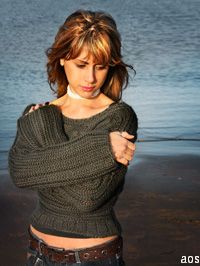 Even really social women are bored. They’ll always go out to the same places, with the same guys, etc. They CRAVE diversity. If you can provide excitement and diversity, then women will chase you. They’ll NEED to have you.

That’s why some guys have so many girls calling them.
That’s why the ‘bad-boys’ get all the girls.
That’s why girls will go with the jerk (among other things). It’s just that he’s more fun to them because they break the social norm and are unpredictable.

So does this mean you have to be a jerk? No way! Just be unpredictable. Don’t do it for her, do it for YOURSELF! Being unpredictable is fun and not only will she enjoy it, but you will as well. Make it a point to do things you haven’t done before. Force yourself to do random things that you don’t even expect yourself to do. Don’t think about it… just do it.

When you’re talking to a girl, if you’re just like every single other guy, then you’ll be forgettable. No really, even if you make her laugh and things seem to be going well, unless you can stand out, then there’s no reason for her to remember you longer than the next guy.

I’m a big advocate of being genuine, and one of the best things you can do for yourself and for your potential girl is to create an exciting life. If you’re staying at home all the time, working your 9-5 jobs, then figure out how to spice up your life quickly! Otherwise, you’ll wake up at 50 wondering where your life went. Instead, take unexpected decisions in your life and build up the exciting part of yourself.