Some spend their entire lives trying to figure out what girls want from guys, and it seems like a constant uphill battle. There are so many theories, stereotypes and role models, and how they clash with what we see around us! The media perpetuate the image of the self-made queen that demands respect from men, but in reality, women seem to want rude behavior and expensive gifts – or do they? We wreck our brains trying to figure it what women want from men – and in the process, everybody loses. But it could be so simple! Imagine a world in which women could simply be feminine, and men masculine. Today, let’s explore what that means.

When you think of a “masculine” man, who do you imagine? Bruce Willis, Chuck Norris, Duke Nukem? If so, you may be overdoing it a bit, but you’re on the right track: even though a few decades of feminism have ingrained the image of the strong, independent, self-made woman into society’s collective brain, our biological programming is still there, and it’s just a tad older: the classic strong and confident leader, the one that can kick some butt to protect the ladies, is still a very attractive one.

What does that mean for you? Well, keep your fists in your pockets, you don’t need to go out and beat up miscreants. But when she’s around you, she needs to feel she can switch off her tough girl persona and just be feminine – because you are there to protect her.

For example, become a decision-maker: when you invite (not ask) her out for a date, don’t ask her what she wants to do. Take the lead, and decide yourself! You don’t even need to tell her. Throw in a little mystery to get the tension going:

In your everyday life, start standing up for yourself, set goals and reach them, and show that you are in charge of your reality.

The concept of social proof

Imagine a negative, friendless guy who stays at home and plays video games. Now, imagine a fun, sexy guy who’s surrounded by friends – male and female – all the time. Which one do you think has more “social proof”?

Women are very attracted to socially successful men: if you have a vibrant circle of friends, you will be seen as a great catch. Why is that? Well, if other people think you’re awesome – then it must be true!

So, if you want to get good with women, work on building a “clique” before you actually get to the girls.

Start by making one friend that’s really on your wavelength, a great guy with a fun vibe, a good heart, a great sense of humour and interesting lifestyle. Then throw more into the mix: “Me and my best friend are going out on Wednesday to play pool. Why don’t you two join us? We’d make great teams.” Just hand-pick the best people you can find. The more of those you have around you, the easier it will get.

Appeal to her emotions, not her brain

Women want a man who can make them laugh. Yes, you may achieve this by telling her a joke with a cleverly conceived punch line, but it’s much easier by triggering good feelings inside of her. If you’re able to communicate on an emotional level, you will be so much more successful with girls – and, actually, people in general.

For that, your nonverbal communication is crucial. Ever notice how you have the best of times around people who are animated, lively, positive – people who almost sparkle with life and joy? Well, you want to become that kind of person yourself to make women feel good around you. If she sees that in you, she can imagine herself being with you some time down the road – something that’s very important for her to feel close to you.

Good feelings are addictive, and she will come back for more.

A strong set of values

Think about Marv in “Sin City”. He’s a tough badass, but he sees and protects a girl’s honor and human value.

And so should you. What does that mean if you don’t live in a Frank Miller comic? Well, for one thing, don’t kiss and tell. Don’t talk badly about her behind her back. Protect her reputation.

Don’t talk badly about other people in her presence, or bring up your other female “conquests” – because she will assume you’ll do the same thing to her. If she asks you about these kinds of things, tell her you’re not spilling that kind of info – and why.

You see, women love making out and having sex. They really do. They just want to feel that it’s safe to do these things with you, because for them, there’s a lot at stake – physically and socially. That’s why strength, emotions and integrity are what girls want from men.

With all the chatter of theories out there, it’s sometimes hard to keep a clear idea about what women would like from men. But then again, it’s not rocket science. Allow me to remind you of some things you already know: yes, women want men to make them laugh, feel special, appreciated and all warm and fuzzy inside. They want confidence, strength, and a great, winning smile. But most of all, women want men.

No seriously, if I were to summarize the whole thing in one line, I couldn’t think of a better one than that. Women want men.

The Dance of Love

Think of it as a dance. Ever take dancing lessons? I’m sure you had some in school, at least. If you never did, take it from me, my friend, fix that. Salsa, Swing, Ballroom, Tango – whatever floats your boat, cough up the money and take the lessons. Costs you the price of a couple of DVDs. 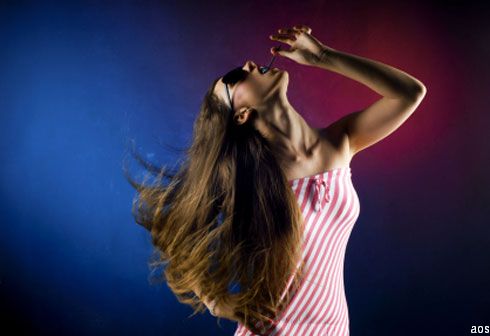 Anyway! Let’s see. You know how art imitates life? Well, dance imitates human nature. The roles the partners take reflect a lot of our biological programming: here’s the woman, following, responding, and there’s the man, the impetus, the catalyst, the leader.

There’s a reason why dancing has such an emotional impact on women (and it should on men, too): it signalizes, without any words, that the man can take control, lead, head in any direction he wants to. A woman will perceive a good dancer as a good lover because he exhibits leadership qualities.

Freedom: Nothing Left to Lose

The ideal man is completely unfazed by conventions, rules, conditioning. Outer influences don’t concern him. He is a sufficient standard to himself.

One Eckhart Tolle long went through deep pits of depression and self-loathing, with envy, hate and negativity building up inside him until he got to the edge of suicide. Only then, when the pain had become unbearable, it all collapsed on him, broke down and he emerged in a purer form. All that was left at that point was him, stripped down to his bare essence. He later wrote the best-selling book “The Power of Now”, sharing his new spiritual path.

The attraction of pure masculinity

When you can say “yes” to all these questions with complete conviction, you will realize that it’s no longer the need for possession, or the satisfaction of your sex drive, that attracts you to women. It’s your masculinity reaching for its counterpart. Women will feel that (no surprise here – you know blunt us men look when compared to their sensitivity), and they will respond.

An attractive man has a firm grip on his own reality, and he knows that he is its only designer. You may see a beautiful girl and feel attracted to her right away. Many men in that situation will try to kiss up to her, because she’s hot and they want to get her.

You, instead, know that your reality is all the life experience you have. You can’t afford spoiling it with a pretty face that doesn’t harmonize with you. You don’t talk to her to “try and get her”. You talk to her to find out whether she will be a good match for what you desire in your life. You gauge whether she will qualify as a guest in your world.

This is where you can be bold. Tell her that you find her lovely (or cute, adorable, beautiful), and you came over to talk to her. It signals that…

– She fits one of your requirements, namely looks
– She still has to prove that her character measures up

Give her points when she says something you like (“You just scored with me”), tease her when you disapprove (“Bad line, girl. I’m divorcing you.”).

Remember, there’s nothing to lose. If she laughs and plays along, she bit. Demonstrate that you know what women want: don’t be all serious about it, but be sincere. You are a grown man, you have your life and your ways, but you are interested in her and if she checks out, she’ll get your love, appreciation, honesty, strength, and direction for being awesome.