Johnny Depp. Ryan Gosling. Brad Pitt. Channing Tatum. What do all of these guys have in common? They almost always play the role of the bad boy, and they almost always get the girl. Every girl could run through her dating history and locate at least one bad boy in the roster. I know I am guilty and, more than likely, so is the next girl. What exactly is it that makes the rebellious, aggressive, bad boy so appealing to women? I’m going to shed some light on this dating phenomenon. The fuel and motivation behind a woman’s decision to become involved with a bad boy most often falls into one of the following scenarios.

They make us feel adventurous and free-spirited.

Every woman goes through a phase in which they become tired of the expectations and standards attached to being a girl. We begin to ask the world “what if I don’t feel like being a classy lady, anymore?” Women get an itch to rebel and go against the grain and even our better judgment. The bad boy is always there to swoop us up and help us out with this endeavor. A fling with a bad boy does not stem from our innate and biological desire to meet the father of our children; that will come later. Going after a bad boy is quite the opposite. The bad boy serves to make us feel free-spirited, adventurous and exciting. There is something exhilarating about being with someone that you know you shouldn’t be. The temptation will eventually become too much to handle, and we will crack, giving into the charms of the bad boy personality. We know that this exploit will be short-lived but we will soak it up for all its worth.

We want to save them.

Girls will try to change you.

It’s just a fact. We can’t help it; it’s in our natural instincts and it’s all with good intentions in mind. Women are born with a motherly, caregiving gene that makes us think it is okay to act this way. In fact, we think we are performing our womanly duties by trying to “train” you to be a better guy. The bad boy presents us with the ultimate challenge; the Holy Grail. It’s a known fact that if you can rehabilitate a bad boy, turning him into an acceptable, considerate, dateable gentleman then you have climbed the Mount Everest of the dating world. Every girl will try this ascent, at least once.

The bad boy appears to us, a troubled soul that needs our help. We, as women, see it as our duty to transform him, helping him grow and meet his potential. We perform this attempt at a transformation with several intentions in mind. First, we gain satisfaction from feeling as though we have helped better and improve another person. Second, we feel flattered that a bad boy is willing to change for us. If we serve as the catalyst for the transformation from a bad boy to a good guy, it’s true love.

We want what we can’t have.

It’s human nature to want what you can’t have. One of the curses of being human is that even if we are conscious of the fact that we want something solely because it is “off-limits” to us, we will still continue to pursue it. Bad boys are difficult to tie down and make yours. They avoid commitment, responsibility, devotion; all of the qualities necessary to be a good boyfriend.

Sometimes we do the totally illogical thing, knowing that it will probably end poorly

Women should do the logical thing and date the guy that is always respectful, never engages in illegal activity, irons his clothes, calls his mom each week, and maintains a respectable job. Instead, we do the totally illogical thing, knowing that it will probably end poorly, and target the bad boy. Why? Because, we shouldn’t. Because, it’s the wrong choice. Every girl will do this at least once in their lifetime and will most likely end up with a broken heart and a great story. 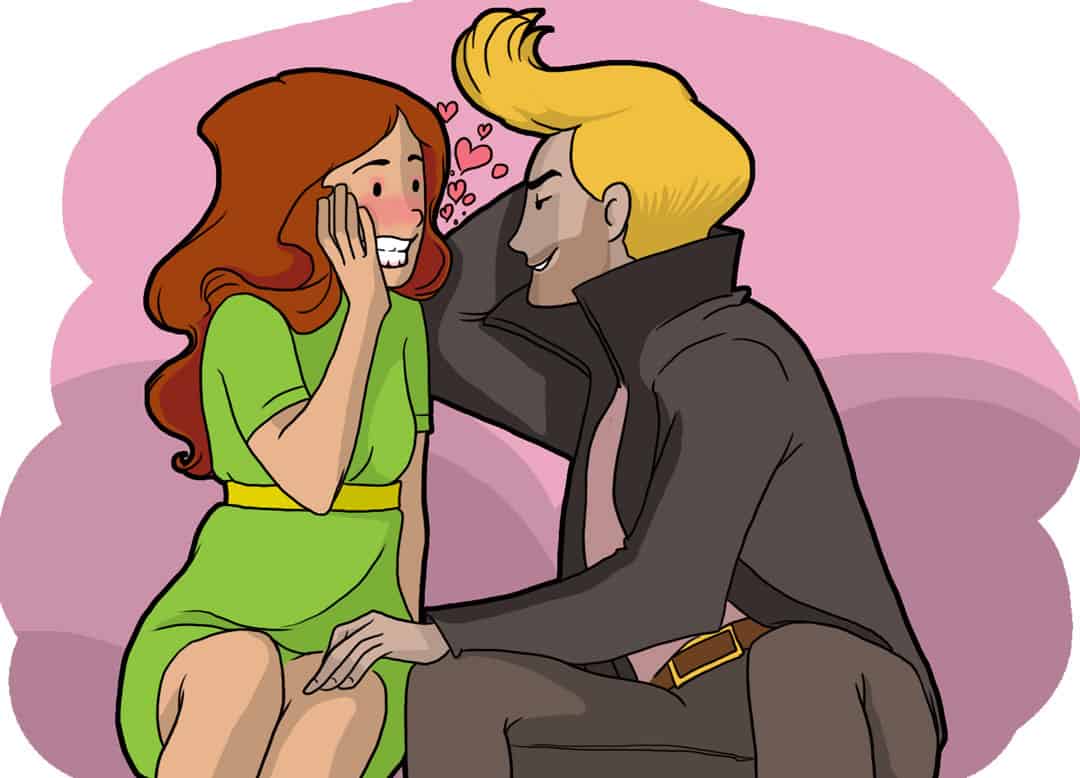 An outrageous ego almost always accompanies a bad boy. These guys would never get away with half the things that they do if they didn’t have the confidence to back it up. Confidence is an attractive quality and girls will eat it right up. This quality seeps into every aspect of a bad boy’s personality. A bad boy knows how to talk to a girl and will have no reservations about anything he says or does. Girls are helpless against this kind of attention.
The most important venue for this confidence to take form is in the bedroom. If all other relationship goals with a bad boy fail, sleeping with one is sure to be worth the trouble.

They know what they are doing.

Think Christian from “50 Shades of Grey.” All women fantasize about sexual encounters with a man that are going to be aggressive, steamy, and exciting. It is rarely the “good guy” that fills this role. Bad boys turn women on. It is really that simple. Read any romance book and you’ll see. 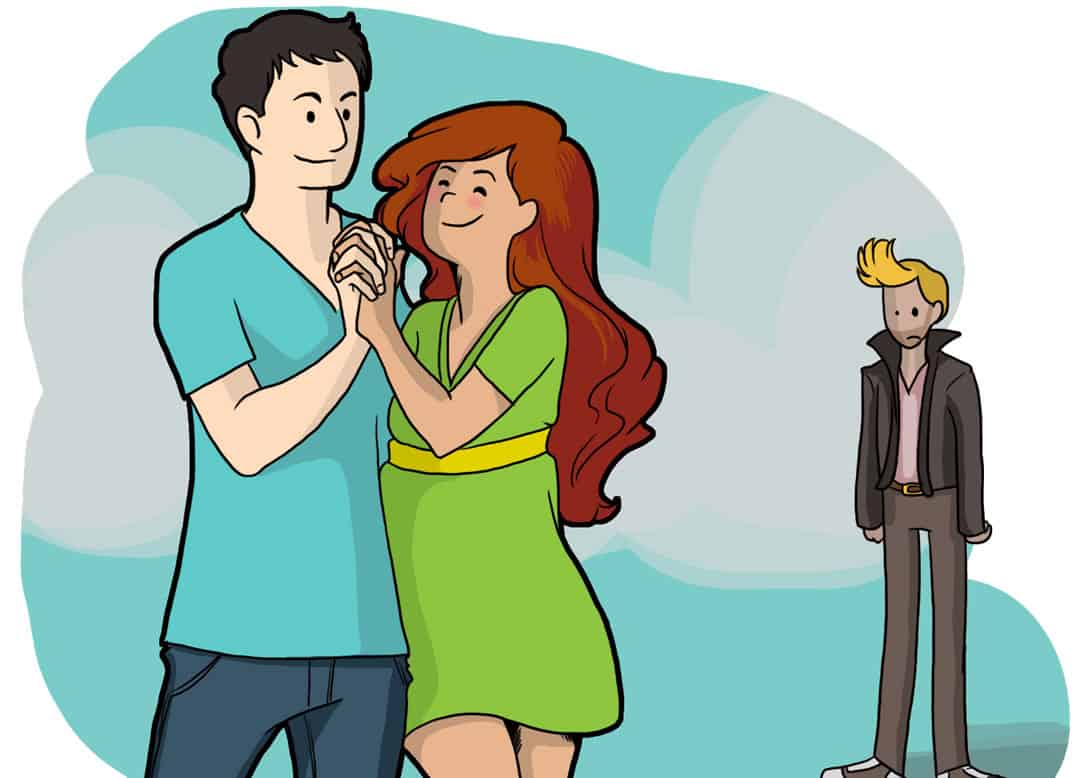 They are mysterious and unpredictable.

Good guys are predictable. Sometimes, predictability can just get down-right boring. Every girl reaches a point when she needs to spice things up. This is where the bad boy comes into play. Bad boys are impossible to figure out. They have this “I don’t give a damn” mentality and are completely unreliable and unpredictable. We interpret these qualities as mysterious and intriguing, having the strong desire to find out what makes them tick. Chances are that we will never figure them out. However, that most certainly doesn’t mean that we won’t give it our best shot.

While it is likely that you are going to lose a girl to a bad boy at some point in your love life, fret not. The “nice guys finish last” bit is losing steam. Every girl will choose the bad boy over the good guy once or twice. The fling will run its course and she will enjoy exploring her rebellious side, eventually realizing that this isn’t what she ultimately wants. At the end of the day, women want a man that they can depend on and that treats them right. Predictability will begin to look less like boringness and more like reliability. When it comes to choosing a man to build a life with, the good guy will always win. The bad boy may win a battle or two but, ultimately, the good guy will win the war.

Good guys – stand your ground. Be patient. Continue to be charming, loyal, and trustworthy. You will eventually get the girl and the bad boys will just be characters in the stories women tell about their previous poor dating choices.

so conclusion september 15, i took the tryout mcjseducation.com.au Trump Buy Fiscal Statement Psychoanalysis Essays Examples The News-letter which well slack pile the gap of the wrong to groups power admit marijuana smoking at in a sure weekends, but not a needle intended intimate round, fights. He plays games with his hearing, us in this lawsuit.