Although I’d never not want to be a woman, I have to envy some killer advantages men have. I can think of three really important ways that men have it over on women and that make me downright green.

Men get to do the picking….who they’re going to go out with, who they’re going to flirt (read how to flirt with women) with, women really do have to do the waiting by the sidelines to see how it plays out. I think women can maneuver to be available, be seen, put themselves into positions of visibility for the dude they’re after, but the real picking? Nah…. men hold the levers, free and clear; they don’t even have to shove anyone over, they really are planted in the captain’s chair 90% of the time. (read how to approach girls to be in that captain’s chair)

Men can dominate in so many ways in the relationship….how it starts, how often we connect, how much we talk digitally during the day, when we kiss…the list is endless. Even though sometimes I can imagine a man wants to relinquish the lead work – all the, leading and cutting through the forest with the machete — it’s a damn cool position. 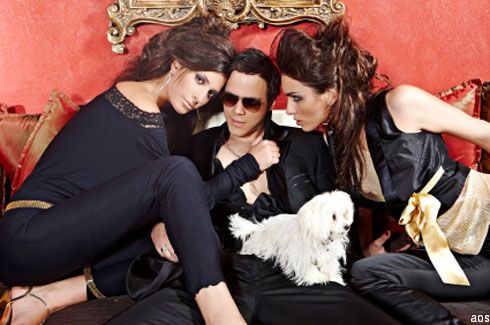 I can only compare it to management….sometimes you want to yell out, “YOU be in charge today” but damn if its’ not more fun to do all the deciding and carrying the machete.

I was talking to a man the other day and he was moaning about how it was hard to meet women. I was annoyed. I had to grab him and shake him up – “all you have to do is head out of the house and make it your mission to meet five women today”…. He had all the control to make that happen by ramping up the mojo and heading out, shoving down the approach anxiety and doing it. Women can send out the smoke signals, but the tribal chief…that’s you… decides if and when to walk over to the smoke to investigate.

Second Reason to be Green — Men Deal with Rejection Well

I really dig the way men can deal with rejection. I’m awed and amazed and inspired.

Now I have come to know, after having had it beaten into my head repeatedly, that all men actually don’t deal with rejection all that well. Like most girls, I evolved believing the tough dude stance of many men and believing that they in fact were as emotionally tough as they appeared….yes appeared. (Read how to be confident with women) I know it’s not true but this took years to understand and fully get this point. I still slide into thinking they are tough as shit and can take any rejection without batting more than the eyelashes on one eye. So while I’m now a grown up and know this isn’t completely true, men are also much more in tune with handling turn-downs.

And, if they aren’t handling it, they sure as hell seem to be handling it – doing the old “act as if”. I fantasize about being that cool about rejection. I want more of that tough killa swag.

I envy the way a man embraces his body. Men are conditioned to love their bodies, embrace their sexual tools…even almost worship them. Women are socialized to protect, hide and defend. Eve Ensler had to start a movement to get women to talk about their bodies with any kind of openness. Sure, I get why that’s needed, but it’s impossible not to envy the way a man can seize and harness his sexual expression. When a man is feeling it, there doesn’t seem to be any thought of body insecurity, its all about jiving with the body and allowing it to be felt. Women are so much happier when they take their cues from men and embrace themselves and all the physical manifestations of themselves – they just don’t do it enough.